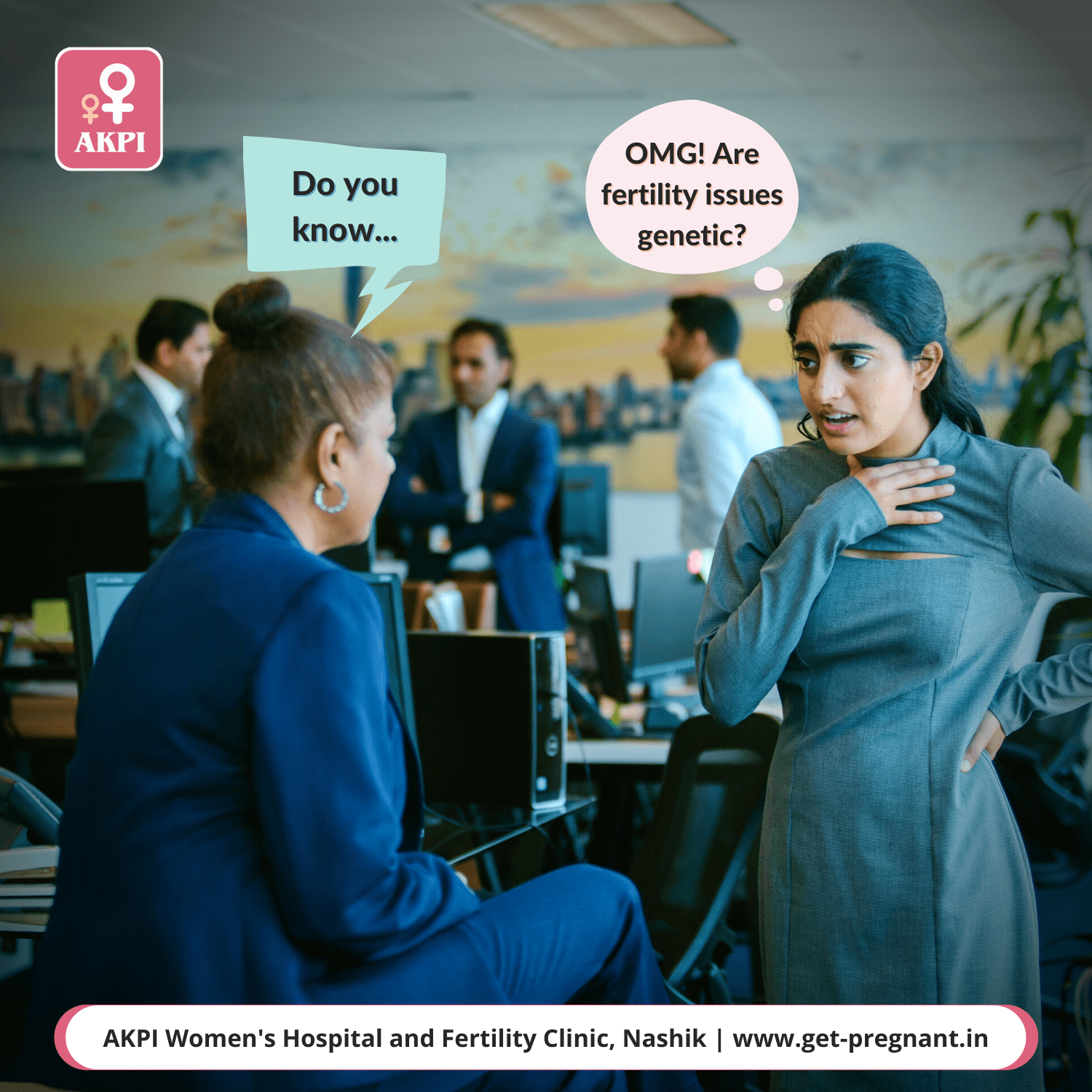 Fertility issues are often linked to your family history. Many diseases that affect fertility run in families and some may occur first in a person and then be passed down to their children. For example, endometriosis is 7 times more common in women with a family history of the condition. Often, environmental factors also play a part.

Male factor infertility is a genetic disorder in which the man’s sperm lacks the proper components needed to create a viable embryo. The causes of this disorder are still unclear, but many factors have been implicated, including Y chromosome microdeletions. The current technology available for diagnosis of this disorder includes sperm genetic tests. These tests can determine whether or not the man has a male factor infertility.

Ovulation disorders are caused by abnormalities of the hormones that are responsible for the release of an egg during ovulation. Ovulation is a natural process, but it requires a delicate balance of hormones. The release of an egg occurs when the ovaries are in the correct position and the hormones in the hypothalamus and pituitary gland are properly balanced. However, women who suffer from ovulation disorders usually experience irregular menstrual cycles or no menstruation at all. These symptoms can indicate a disorder and may require fertility treatments to help women conceive.

Endometriosis is a progressive disease that starts at puberty and can interfere with fertility. The good news is that it is treatable. Some medications can reduce the symptoms and help a woman conceive. Hormonal treatments may also help. These include pills, injections, or a nasal spray. However, these treatments only provide temporary relief. In some cases, surgical procedures may be needed. In severe cases, a hysterectomy may be required. During this procedure, the uterus, cervix, and ovaries are removed. This surgical procedure also removes the uterus and the ovaries, making it a non-reversible procedure.

While the exact cause of PCOS is unknown, some researchers believe it may be genetic. A gene involved in the production of male hormones is a major contributor. However, other factors are also involved, including lifestyle and environmental factors.

A woman with fragile X syndrome is likely to experience premature ovarian insufficiency, a condition that reduces the number and quality of eggs. In severe cases, the condition can lead to early menopause. A woman with the condition should seek genetic counseling. She should also discuss her options for reproduction if she is carrying the faulty gene.

Women with a Fragile X pre-mutation may not have trouble conceiving. This condition is hereditary and is passed from one parent to the next. It’s caused by repeated gene sequences on the X chromosome. All human beings have at least one X chromosome. The X chromosome determines gender. A woman has two X chromosomes while a boy has one X chromosome and one Y chromosome. Each chromosome contains thousands of genes. Each gene produces a specific type of protein.