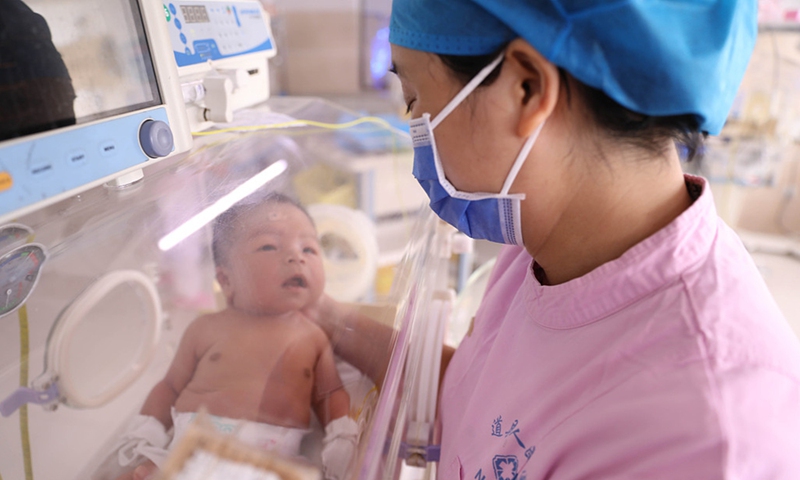 During the Spring Festival, a number of localities across China including East China’s Zhejiang Province and South China’s Hainan Province have carried out questionnaires on possible second-child and third-third subsidizing by provincial governments, to help meet the rising demographic challenge as the country’s net population increase in 2021 hit a 60-year low.

Zhejiang has released a questionnaire on the cost of raising infants under the age of three, in which the parents were asked whether to have their two or three children assuming the government provides a subsidy of 1,000 yuan ($157.2) per month.

The questionnaire also asked about the monthly cost of food, nutritional supplements and household costs for infants in 2021, as well as questions about the average daily care time for the parents and grandparents.

In addition, Hainan has conducted a questionnaire on fertility policy, asking the parents whether they would consider having two or three children if the government provided a monthly subsidy of 500 yuan for children under the age of three.

The questionnaires came after that the National Bureau of Statistics released the country’s population data in 2021, showing that China’s birth rate fell below 1 percent for the second year in a row, and the net population increase in 2021 had fallen to its lowest level since 1962.

In response to the significant decline of population, many localities in China have implemented second-child subsidies in 2021.

In July last year, Panzhihua city in Southwest China’s Sichuan Province, issued childcare subsidies for families with two or three children, with a monthly subsidy of 500 yuan per child under the age of three. In other words, starting from the second child, each child can receive a total of 18,000 yuan in subsidies.

Panzhihua was not the only place to release second-child subsidy in China.