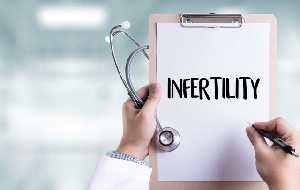 A wellness coach, Mrs Diilo Cecilia Asemanyi, says it is about time society recognized that even though parenthood is a beautiful gift, not everyone may experience it through pregnancy and childbirth.

She said as such, it was important for people to be more sensitive and open to this idea and not put pressure on anyone because it also compromised people’s mental health which was important in every stage of a person’s life.

She said some couples were battling challenges bothering on infertility like low sperm count, sterility, miscarriages, ectopic pregnancies and several others which they could not openly discuss and that was why it was needless to make comments on the subject.

“People have become too insensitive under the disguise of meaning well. Sometimes, my question is; is it a necessary question? How does it really make your life or that of the person better? “she questioned.

In an interview with the Ghanaian Times on Friday, Mrs Asemanyi, said it was “unfortunate, totally unnecessary and unacceptable” to ask anyone a question about babies and advised that “until the person confides in you… know your place and don’t cross the line”.

“Why do we ask couples about babies? Why do we assume that it is automatic that couples will have a baby or more once they are together,” she quizzed.

The Wellness Coach said in her interaction with couples, she had observed that those who even have a child already were not spared and this she said she had also fallen victim to.

“Hurry up with number two, she needs a brother or sister, what are you waiting for? You have a healthy mother now to take care of you so hurry up,” she mentioned as some comments frequently made.

She said some people have very personal reasons and so may not want to have more children of which they owe no one an explanation or apology.

Mrs Asemanyi cautioned people to stop asking couples when they would have a child or more children because it mounted pressure on people because in her opinion it was only fertile ground for breeding many unhappy people battling infertility.

She said the irony of the matter was the fact that those who mounted pressure on people to have children were usually not ready to babysit when their very much sought-after-number two arrived, leaving parents to go through the struggle of taking care of them alone.