With a subtropical monsoon climate, abundant sunshine,  abundant rainfall, and an average temperature of 21.6 degrees, Nanning, Guangxi, is a core production area for oranges in China. Its unique climate and environment contribute to the production of superior citrus and the formation of a large-scale industry.

Tianwanwan, an orange brand created by Guangxi Guijie Agricultural Development Co., Ltd. was awarded the title of ‘Guangxi Superior Agricultural Product’. It was selected as the first batch of Guangxi Agricultural Brand Catalog products. Characterized by a long storage time, a late launch on the market, and high economic benefits, it stands out from similar products and has become popular on the market for its quality. 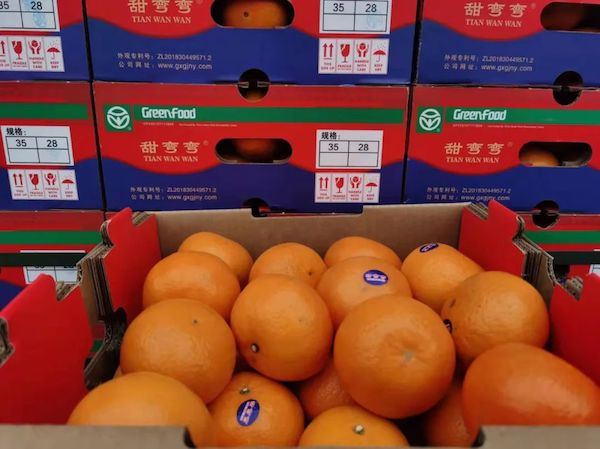 Specializing in imported fruits and domestic superior fruits, Beijing Taihe Fruit is a high-quality enterprise at Xinfadi Market and has a great influence in the industry. On January 5th, the first container of Guangxi fertile orange shipped by Taihe Fruit arrived at Xinfadi Market in Beijing, which was generally welcomed by buyers.

Zhao Xinwen, chairman of Taihe Fruit, said that the first container of oranges includes a total of 20 pallets, about 3,000 boxes. Within less than two hours after opening the container, there were only three or four pallets left. The overall Brix degree of the fruit is above 15, and it tastes great. In addition to the conventional 5 kg package, they specially launched a customized 3 kg package in order to facilitate the needs of e-commerce. 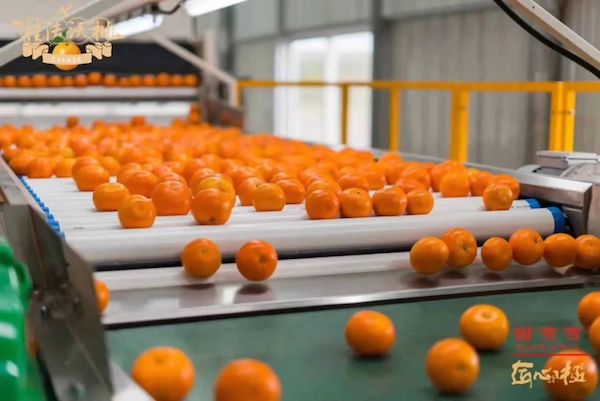 Zhao Xinwen said that Guangxi’s fertile orange is a high-quality citrus variety, which has been popular in recent years. From today onwards, Taihe will constantly supply this orange in order to meet the daily needs and the needs during the Spring Festival. With the Chinese New Year approaching, all kinds of high-quality fruits have been listed on the Xinfadi Market to meet the diversified demand from consumers.