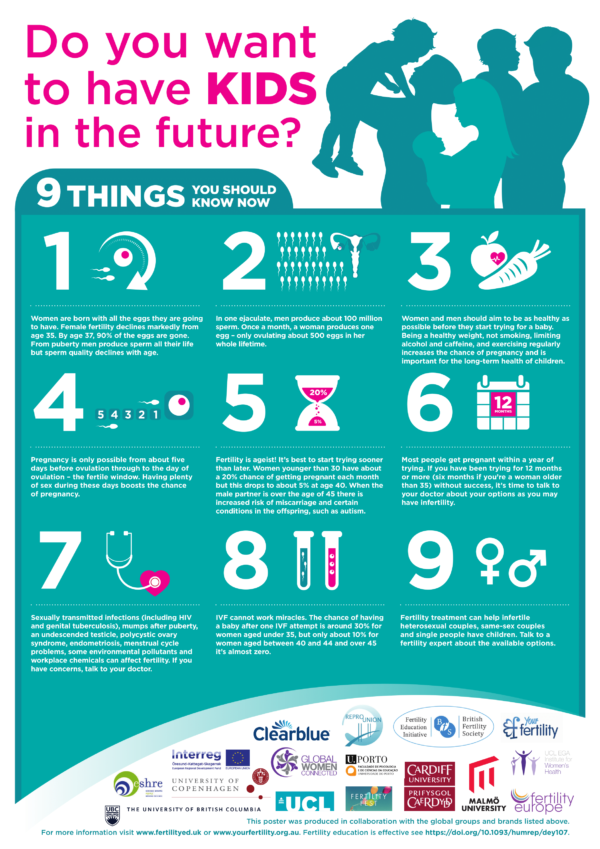 In a survey, young women identified 35-39 as the age when fertility begins to decline. However, just 38 per cent of young men had this information. Moreover, more than half of the women in the survey expected to have children after 35. The poor knowledge of men about when fertility declines was even more striking. Only 3.8 per cent of men expected to have children after this age.

If you’re experiencing irregular or infrequent ovulation, you may need to consult an infertility specialist. While irregular ovulation is relatively common, it can make conception more difficult for women of childbearing age. It happens when the female body fails to release an egg within the normal 28-34-day menstrual cycle. In such cases, the egg doesn’t mature enough to fertilize. This is called anovulation.

Women who experience infrequent ovulation can have a variety of underlying problems. A common cause is polycystic ovarian syndrome (PCOS), which causes irregular ovulation and irregular menstruation. In addition, women with this condition have elevated levels of testosterone, which can lead to acne and excessive hair growth.

Menopause is a natural process in which a woman’s fertility declines and her ovaries no longer produce sufficient quantities of the reproductive hormones she needs to conceive a child. The ovaries are small, almond-shaped organs that contain 200,000 to 400,000 follicles, which are immature eggs. Each month, these follicles release an egg, which travels through the fallopian tubes to the uterus. The term menopause comes from the Greek words mens, which means month, and pausis, meaning cessation. The ovaries are the source of the hormone estrogen, and their production decreases drastically after menopause.

Women experience menopause when their fertility declines in their forties. In most women, menopause is defined as the absence of a monthly menstrual period for 12 months. During the four or five years leading up to menopause, estrogen levels fluctuate, and women experience hot flashes and mood swings. During this time, women can still conceive if they are trying to become pregnant, but their reproductive capacity is diminished considerably.

The luteinizing hormone, or LH, is a gonadotropic hormone that regulates a woman’s gonads (female ovaries). It is produced by the pituitary gland, a pea-sized gland located at the base of the brain. The surge in LH triggers ovulation, the release of an egg. Usually, this happens in the middle of the menstrual cycle.

The level of LH is measured in the urine during the follicular phase of the ovarian cycle. The levels of LH are important because they help determine when you will ovulate and the likelihood of getting pregnant. LH levels are also useful for diagnosing pituitary disorders, perimenopause, and early puberty in children.